Newton St Cyres Gardening Club
Latest News:
A selection of pictures taken at Sherwood House on the Open Garden Day for the RED CROSS on 5th May 2019
​click on image to enlarge 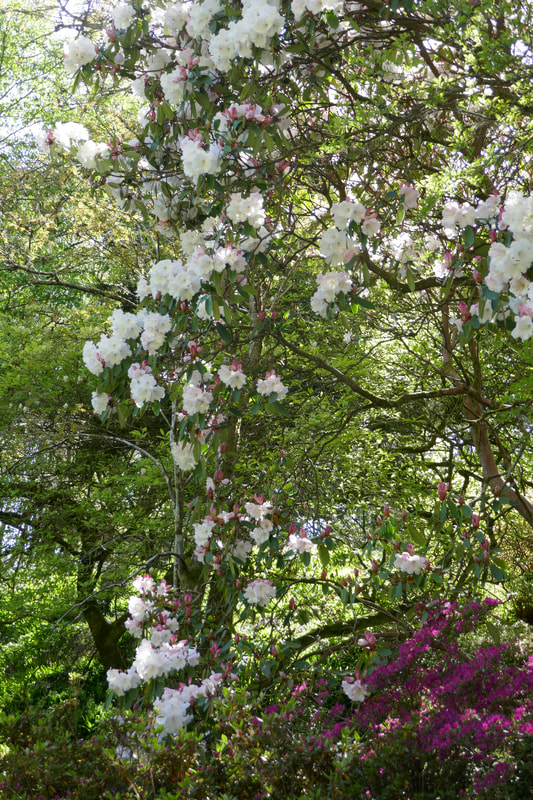 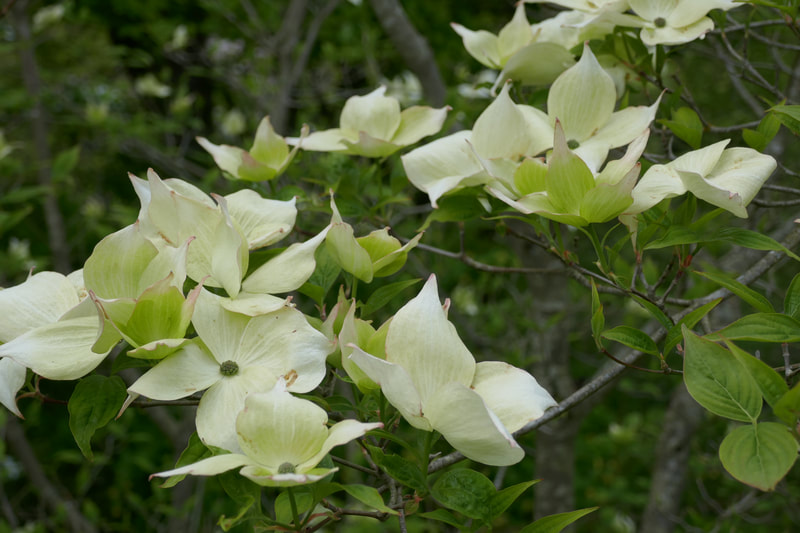 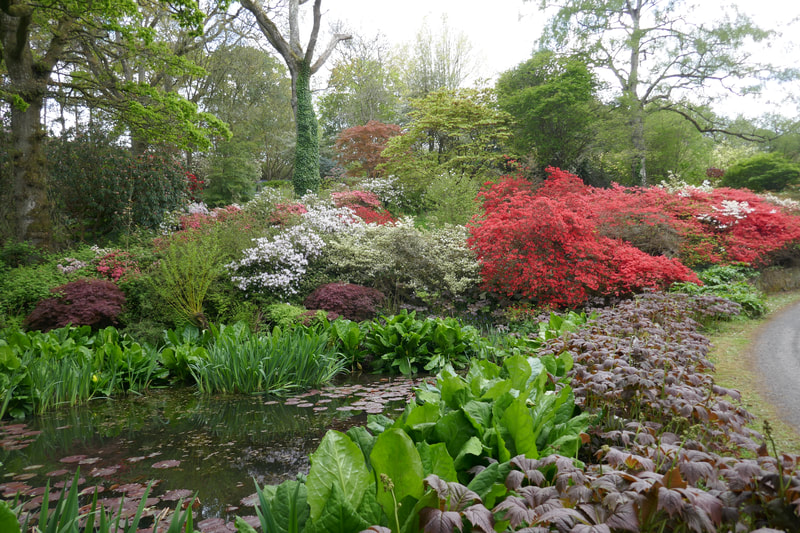 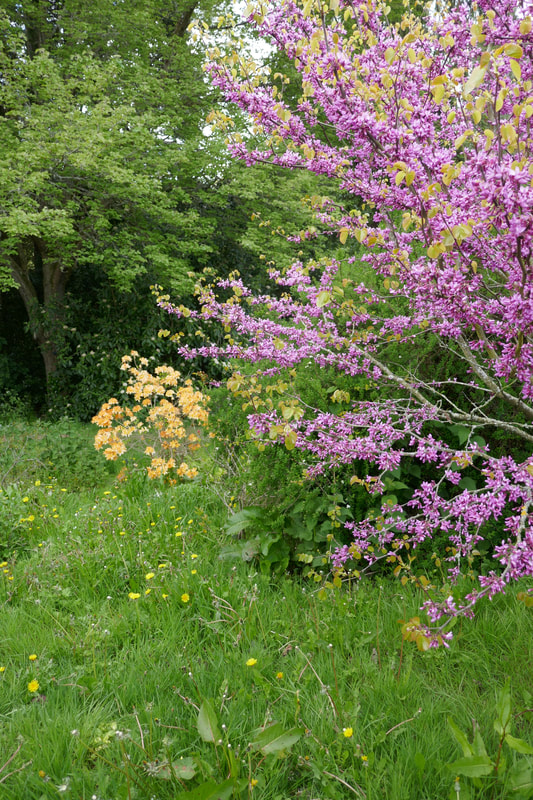 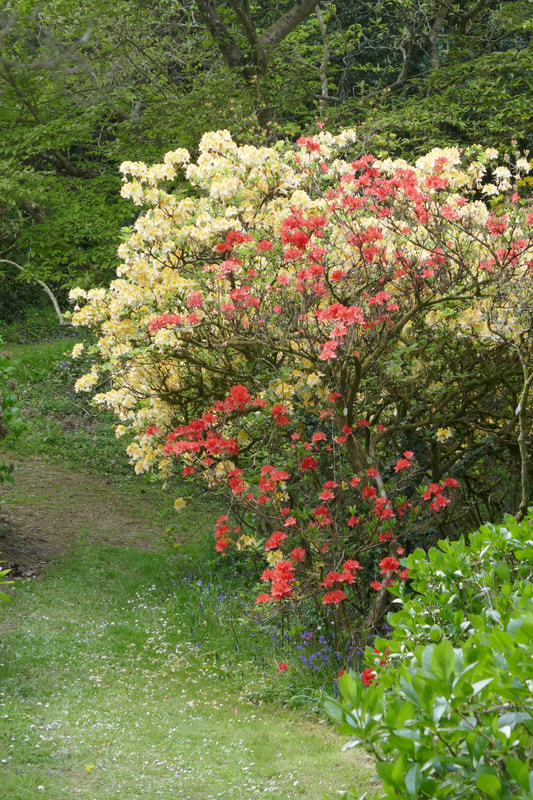 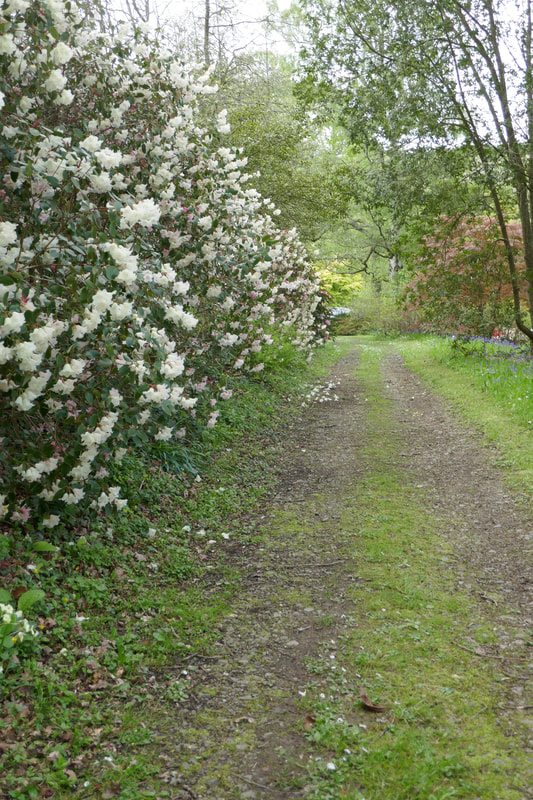 Garden Pictures for April/May 2019 - Let us have yours to join this one. 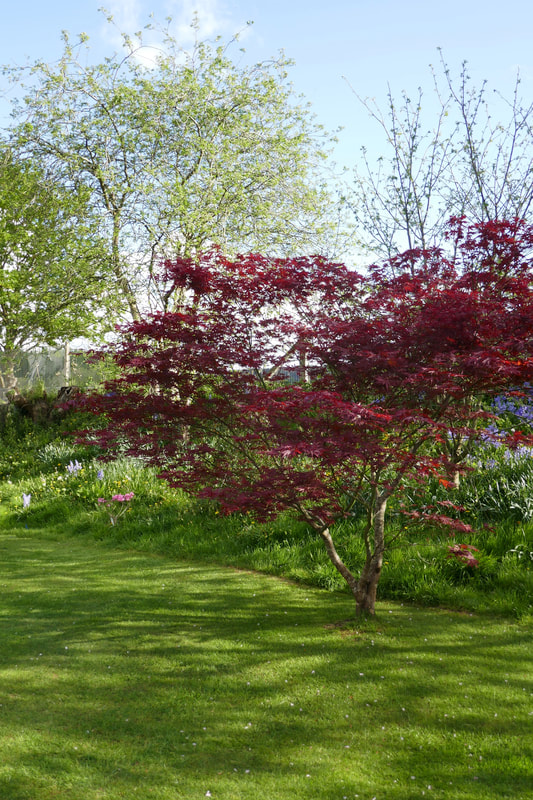 This Acer was planted around 12 years ago.
Garden Notes for March from Bert Jewell


There are lots of things to do in and around the garden this month, but first I think I should take you a little nearer to the end of my journey ......
The driving job went well and all the staff at the delivery points were friendly which helped to make the days go well. It turned out that my boss was a keen rose grower and was featured on the television with a celebrity gardener known as “Top line Broadhurst”. I heard he was ex navy and if a task on board ship was done well he would say “Top line”.
The garden at home was developing and as well as cacti and succulents, I started growing Chrysanthemums, both spray and bloom types, Gladiolus and Sweet Peas. I found myself getting really focused on how to grow these plants to their very best. I bought books on these subjects and joined societies to gain information.
I remember entering cut flowers in my very first show, thinking that they would do well. On returning to the show after judging I was mortified to see that I had not won anything. As I was picking up my exhibits at the end of the day, a retired farmer spoke to me. He told me I had done well, I remember saying “you must be joking, I haven’t won anything”. He said “no, but you haven’t lost your temper and you haven’t thrown your stuff into the back of the car, you’ll do alright”.
I was brought up growing vegetables, but my interest was now in flowers and pot plants. I continued to study at home. What type of soil was best for the plants we grew! How to feed them and with what! Within a couple of years I was winning awards in lots of local shows and began to realise that I needed a bigger garden. It was time to put the house in the High Street on the market.
The house was bought by the Crediton Courier, allowing us to buy the bungalow at Penrose with its very large overgrown garden. The garden was a real challenge but it paid off. I’ll tell you how next month. Now let’s take a stroll in the ..........
Vegetable garden
As soon as conditions allow the veg garden should be got ready. Harvest the last of the winter crops. Pull up old Brassicas stumps and put them on the compost heap, they rot down quicker if cut or broken up. Remove all weeds before they go to seed and decide where you are going to plant the green crop, Cabbage, Kale, Cauliflower, Sprouts and Calabrese. If this part of the garden has been cleared of all weeds, it can be left unturned as these plants like firm soil. Turn up the rest of the veg patch ready for the root crops.
Seeds that can be sown towards the end of the month are Lettuce, Radish, Spring Onion, Broad Beans and early varieties of Carrots and Peas.
Flower Garden
Give the flower borders and containers a tidy up by going over the plants to dead head and remove any dead or broken stems. If any of the perennials have outgrown their allocated space, this is a good time to divide them. I find the best way to do this is to use two forks back to back. Start planting Gladiolus corms and continue planting every two or three weeks. This will give you a longer flowering season.
Lawns
Worm casts can be a problem in early spring and make the lawn look unsightly, but please don’t reach for the chemicals to get rid of the worms, they help aerate the soil. Instead pick a dry day and break up the cast with a stiff broom or besom. Cut the grass high for a few more weeks and don’t feed until April.
Fruit garden
Give the fruit garden a good spring clean. Get out all the weeds and mulch around bushes and canes with well rotten garden compost or farmyard manure. Strawberry plants are best feed with liquid potash, like tomato feed. Pot grown Strawberries can be planted out into their permanent position.
Trees, Shrubs and Climbers
It’s that time again when the Buddleia and coloured stemmed Dogwoods come face to face with the secateurs. It’s surprising how many people don’t like to hard prune. It might look drastic but it is a job worth doing. If left unpruned the flowers of Buddleia Davidii (Butterfly Bush) are way up out of sight. So cut all stems that grew last year back to about 6” from the main framework from where the shoot started its growth. Once this has been done remove any dead wood. The same method can be used for Sambucus, (Ornamental Elders).
Cut out the oldest stems of coloured stemmed Cornus Alba cultivars (Dogwood) and trim the remaining stems back by about a third.
Plant of the month
“Azara Micropaylla”
This large shrub or small tree is not often seen in private gardens, but if you have room and a sheltered spot it is well worth trying. We grew it in our garden at Penrose but it had to come out when we built the new house. The flowers can be killed off by late frost but if conditions are right, the stems will be covered in masses of fluffy yellow flowers that have a strong scent, maybe of marzipan.
Enjoy your gardening

Garden notes for February from Bert Jewell
The days are getting longer and that means work will soon begin in earnest to get the garden ready for a productive and colourful year ahead. I have a little further to go on my journey so, before we go out into the garden let me tell you about my next job.
I carried on delivering coal in the Exeter area until I saw an advert for a lorry driver to deliver electrical items around the South West. I applied for the job, and was successful, but it meant that I was away from home two nights a week, Monday and Thursday. My job was to deliver to wholesalers and on Monday I would start work at 7am and make my way to Taunton, then Bridgwater, Weston Super Mare with the last delivery of the day in Bristol. I would then drive to Bath and park up in the car park next to my first delivery for Tuesday morning.
My lorry was a closed in type like a large furniture lorry but without the Luton. With some deliveries done it meant that there was room to roll out my old army bed, boil some water on the primus, make a coffee and have a wash, then go and find something to eat. Bath is a beautiful city and I enjoyed going for walks around the parks and gardens during the summer. I would finish the deliveries on Tuesday morning, get back to Exeter and load up for Wednesday which was in and around Exeter, then back to the yard to load up for Thursday and Friday deliveries.
These started in Plymouth with the first day ending somewhere in Cornwall, then North Devon on Friday morning. The job went well because I knew which evenings I would be away. This was my last job before I took the plunge and started my own business in 1987. I’ll tell you how it started in next month’s magazine. Now let’s go out into the ........
Vegetable garden
It’s still too early to sow and plant very much, but you can get the veg patch ready. Remove all weeds and old plant material and if the ground is wet use short pieces of board to stand on so as not to compact the soil. Once the patch is cleared you can warm it up by covering with black polythene sheeting, clear polythene will allow any weed seeds to germinate. Shallots can be planted towards the end of the month, along with early Peas and Lettuce varieties suitable for spring sowing.
Flower garden
Our flower beds and borders are looking rather uncared for with all the old flower stems and dead foliage, but I know we have done the right thing by leaving them because our garden is full of birds. Over wintering insects on old plant material is a good source of food for them. We have Blackbirds, Wrens, Sparrows, Robins, Blue Tits, Chaffinch, Goldfinch and recently we saw Bull Finches and a Woodpecker, plus the Pigeons of course.
Late this month and early March is the best time to reclaim the garden before the new shoots appear. Once the old plant material has been put on the compost heap, apply a light dressing of a balanced fertiliser (like Growmore) to the soil and lightly fork in, taking care not to damage emerging spring bulbs.
Lawns
If the ground is fairly dry and no frost is forecast, then give the lawn a light cut by raising the deck. Cut too short at this time of year could lead to an increase in moss and weed growth and frost damage.
Fruit garden
This is the right time of year to carry out what is probably the easiest of all pruning jobs, the autumn fruiting Raspberries. All you have to do is cut all the canes down to about 1” above the ground. You can also cut the tips off summer fruiting Raspberry canes if they are above the top support wire. If they are below do not cut them.
Trees, Shrubs and Climbers
If you have large flowered hybrid Clematis that start to flower in June and keep flowering until late August/September, now is the time to prune them. Cut the whole plant down to about 2’ to 3’ above the ground. It may look bad but new shoots will appear low down and the flowers will be where they can be seen. Clematis that flower in early summer and then again in late summer need only light pruning. If you hard prune these you will miss out on the first flush of flowers.
Plant of the month
“Narcissus Bulbucodium”
These are a dwarf species daffodil that often resemble hoop petticoats, hence their common name. I judge quite a few spring shows and have been known to give these best in the cut flower section. Plant them somewhere where they can be left to settle in and then enjoy their flared out trumpets and short petals. Feed them with liquid Potash after flowering until the leaves die down.
Enjoy your gardening